A Guide to Guildford

Thinking of moving house to a popular town that is well situated in Surrey making it a sought after area to move to? Here's an introduction to Guildford.

It is widely believed that Guildford was founded after the Romans left Britain, when a settlement was established at a point where the Harrow Way crossed the River Wey via to a ford (hence the ford in its name). Dominating the Guildford Skyline are two structures, the Cathedral and the Castle. The latter is thought have been built in the Saxon times and used to keep guard over the ford in the River Way. The town become more established and in the 1300's the Guild Hall was built in the Town Centre. As construction of the River Wey navigations were completed in 1653 the town flourished due to trade being possible through the Thames and established the town as a trade town.

Guildford has a good combination of shops, market stalls and outlets with plenty of places to eat. A few years back it began to slide in popularity. The dated shopping centre and calorie-busting gradient of the high street fell short of upcoming shopping towns such as Basingstoke, Reading, Portsmouth and Southampton. Guildford has bounced back though. The Friary Shopping Centre has been modernised and once again you will be spoilt for choice.

Pubs, bars and a number of diverse clubs meant Guildford established itself as a town with something for everyone. You will be hard pushed to find a town that has such a good mix of quality places to eat and such a broad range of drinking establishments. If you are thinking of moving to Guildford and nightlife is a big tick-box for you then look no further, you won't be disappointed. The newly opened G-Live venue along with the Yvonne Arnaud Theatre, Odeon Cinema and the Electric Theatre are just some of the venues where you catch a bit of stand up, watch a band or enjoy a film or play.

Parks, heathland, the South Downs, the River Wey. If you're looking for somewhere to jog, walk the dog or practice your Kayaking Guildford delivers. The ease of access to such variety of outdoor areas is another reason that Guildford is such a popular town to relocate to.

There's plenty of space outside to go running from flat open spaces to torturous inclines for the hard-core. The Guildford Spectrum continues to thrive as a modern sports and recreation centre with ice rink, pools, gym, rock walls and more.

Close to the A3 and M25 the Town is within easy reach of major road links. Combine that with two train stations and a good bus service and you have no excuse for being able to travel in around and out of Guildford. Another reason why it is such a popular destination for people looking to buy a house in Surrey is the schools, college and the University of Surrey. If Education for you children is a priority then Guildford will happily see them from pre-school right through to post-graduate doctorate. If you are a student at the University you may be looking for a student move or relocation service in and out of term time. Give us a call and we'd be happy to help!

There are plenty of towns local to Guildford but if you're thinking of moving to Guildford you are not going to be that interested in any of the smaller towns nearby. If you want to up your shopping experience or try something different London is within very easy reach.

With its obvious plus points you are going to pay more for a house here. One of the more expensive places to live in this area but what do you expect with such vibrant nightlife, great road/rail links, top shopping and beautiful open spaces. If you can afford to live here and don't mind compromising on the size of the property you would get here based on other nearby towns then go for it.

Do your homework before moving to any new town. Try some of the local amenities go for a night out and try the shopping. Visit the schools and have a meal or two out. Moving house is a massive decision so make sure you are happy with your new town. Spending a few nights there is a lot cheaper than moving again!

Following recent Government announcements and in line with the advice from the British Association of Removers, we have made the difficult decision to cancel all upcoming bookings.

This course of action has not been taken lightly and we are acutely aware of the great impact this will have on everyone involved. However, the risk of continuing to expose our staff, their families and our customers to the potential spread of COVID-19 is far greater than any financial loss.

The family at Gentle Giants have always been and continue to be so important to us and we are proud of everything they bring to the business each and everyday.

We urge everyone to follow the advice and STAY AT HOME.

If you are worried about what this means for you, your house move or storage then please call the office on 01420 475800 or email enquiries@gentlegiants.co.uk. We are still available to receive calls and answer emails but our office is now also closed. We are also able to offer Video Surveys for any customers who wish to have things in place for when we are able to resume normal operations. To book a video survey and quotation, please give us a call or submit a removals enquiry.

Stay safe everyone - look after your families health and well-being. We look forward to the day we can continue on with the 20 years of hard work, sacrifice and dedication that have gone into growing our company. Sending love and virtual hugs to each and every one of our customers; past, present and future. 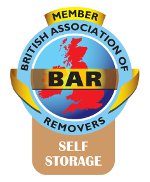